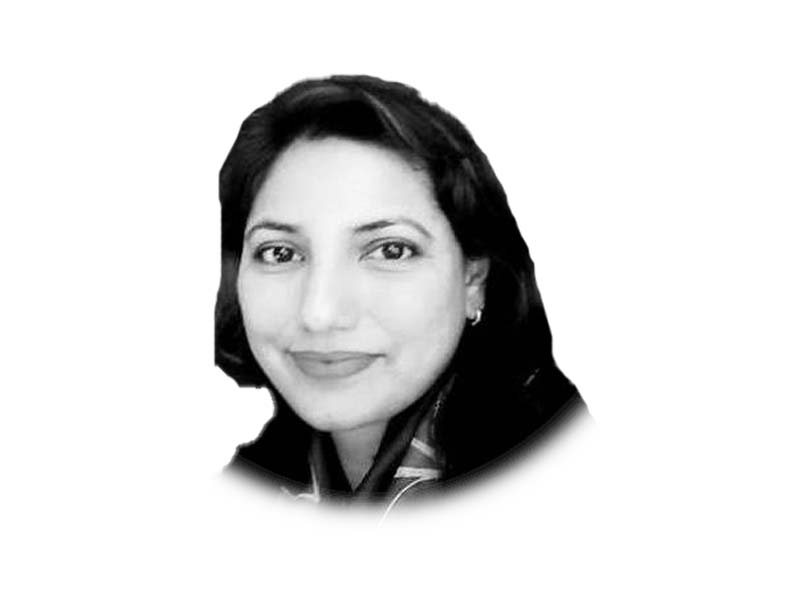 With the female population of Pakistan standing at 48.63 per cent in 2015 (World Bank), it is a segment of society that should factor strongly on the government’s agenda for support and attention. However, though Vision 2025 has strongly promoted the idea of empowering women on its website with the tab for ‘People First: Developing Social and Human capital and empowering women’, ominously, not a single woman representative or female expert can be seen standing side by side men on the front of the home page of the website.

The Lahore Chamber of Commerce & Industries (LCCI) website reflects the same predicament. As a participant of several LCCI events, I was often one of the few handful of women present for such official moments captured in pictures. The Women Chamber of Commerce though created specifically to cater to women and their specific business needs is in fact unwelcoming towards small and medium size women business owners and seems to have become a victim of its own monopoly games.

Not all is dreary for women entrepreneurs who are being supported through the ‘Protection against Harassment of Women at Workplace Act 2010’ and initiatives of the Punjab Government such as the Punjab Commission on the Status of Women. The PCSW manages and oversees a toll-free helpline launched in 2014 by the Government of Punjab, to provide information about women’s rights and services, provide advice and guidance to distressed women, take complaints of lack of response/action by government functionaries in Punjab and ensure an enabling environment for women in professional and domestic lives. However, though the helpline is a conceptually timely intervention, more of the gender mainstreaming budget needs to be allocated for the awareness of relevant laws and information of such facilities since many working women are not aware of them.

If more of such efforts can be sustained, it will bring Pakistan closer to close the gender gap whereby more women can be empowered to inclusively conduct business and more women can be seen at policy tables as decision-makers. In such a case, the International Monetary Fund (IMF) predicts a GDP boost by 30 per which can certainly take Pakistan forward to aspire to become an ‘Asian Tiger’ as pronounced by the Ministry of Planning and Development and help meet the Sustainable Development Goals 5 and 8 under the United Nations.

According to UN Women in “Women’s Participation in Peace Negotiations: Connections Between Presence and Influence,” there is overwhelming quantitative evidence that women’s empowerment and gender equality are associated with peace and stability in society. Stability for women in business can only be achieved through more inclusion, an equal representation and equal opportunities of pay in a decent work environment as envisaged for 2030 under the UN Sustainable Development Goals.

Though the Women Development Department of the Punjab Government asserts that steps have been taken to encourage induction and retention of women in public sector to ensure that there is a representation of 33 per cent women in all Boards of statutory organizations, public sector companies and committees as well as special purpose task force and committees, the inclusion is still in process. Similarly, though the government is taking action to increase women representation in all administrative leadership positions (including departmental head offices and key field offices), this too is a step still in process. The key challenge is developing women to hold leadership positions while still being members of the Pakistani society that expects women to manage the home and children, often with no contribution from the men. In the South Asian context, discrimination of women is a norm not an exception. With misogynistic undertones displayed at the most senior levels of policy dialogues, several women are either discouraged to speak up at policy tables or rebuked for having opinions. Most women, for the same reasons in their households are also unable to take risks in business or take part in any form of entrepreneurship activity.

In most matters, men in Pakistan subject women to cultural biases and relegate them to age old stereotypes, yet they forget that the first feminist professing the state religion of Pakistan was Hazrat Khadija (R A), born more than 1,400 years ago, a successful businesswoman and exemplary wife, who traded with men.

The solution for Pakistani women does not seem to lie only in promulgating gender mainstreaming laws and policies but in changing the attitudes of men who must support the women in becoming the much needed equals in generating economic activity. To this end, men must have the courage to hear the opinions of women in business and give them the space to be a part of trade policy formulation.